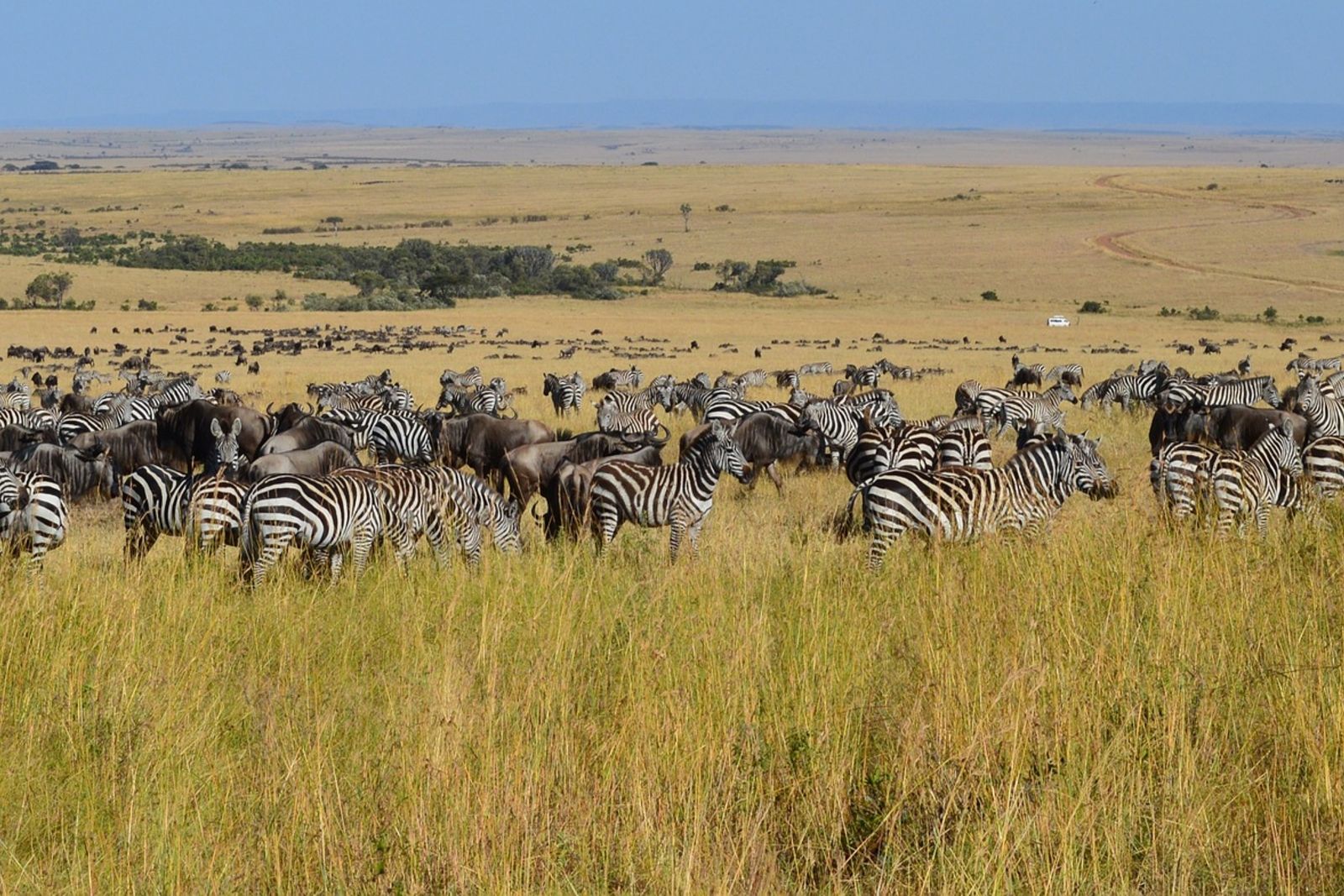 The world-renowned Masai Mara National Reserve is a huge expanse. Meanwhile, this expanse includes sunburnt grasslands scattered with acacia trees, river woodlands as well as small and big animals. Impressive at any time of year,  however, it’s at its best between July and October. Indeed, this is when a million migrating wildebeest and tens of thousands of herbivores pour into the reserve from Tanzania in search of fresh grass. In fact, it is, arguably, the most spectacular wildlife show on the planet. Accordingly, it is the one thing that no visitor to Kenya should consider visiting the Masai Mara.

The Serengeti-Mara ecosystem is home to the annual wildebeest migration. Meanwhile, this is where 2.5 million wildebeest, zebra and gazelles follow the rains in search of new grass. They make their way from the Serengeti to the Masai Mara somewhere around July and August, and usually arrive in September. The crossing of the Mara River along the way is one of the highlights of this spectacular event. They slowly head back into Tanzania around October.

Obviously, the abundance the big five is one of the reasons why the Mara is a top tourist destination. The Masai Mara national reserve is one of the best parks in Africa for seeing big cats. Even leopards are generally relaxed, and their behavior can easily be observed. Cheetah are often spotted on the open savannah eyeing off their next meal. Of the other Big Five, elephant and buffalo are plentiful, but black rhino is trickier and can only be found in certain areas. As a consequence, the atypical ecosystem is a playground for photographers. Indeed, it includes grassy savannah, crocodile infested rivers, as well as semi arid lands. Accordingly, these diverse elements combine to accommodate a very rich ecosystem. Furthermore, in the summer, the Masai Mara national reserve is also the scene of wildebeest migration. Indeed, you will witness an uninterrupted flow of herbivores.