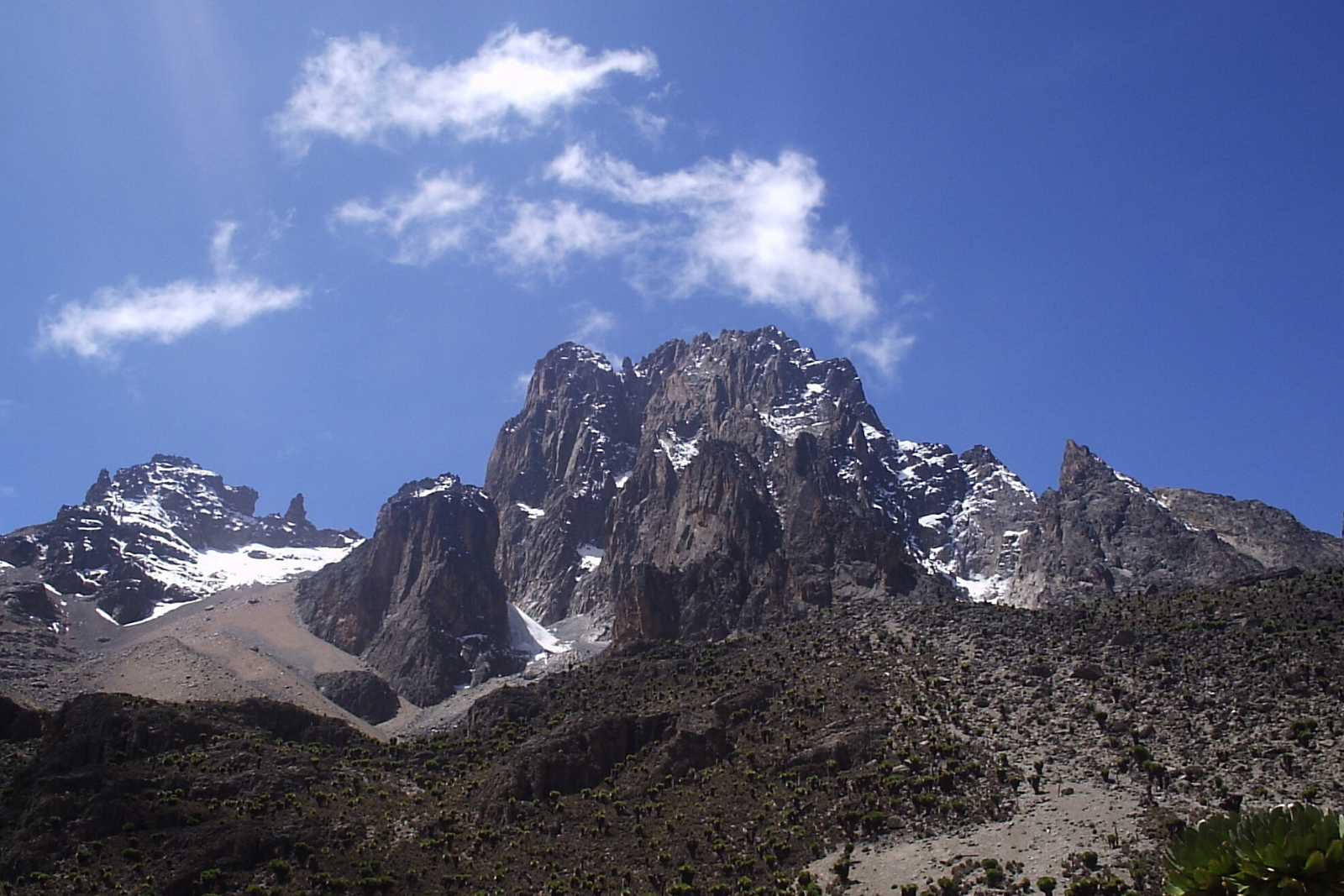 Mount Kenya is regarded as a holy mountain by the Kikuyu community who live next to it. In fact, they used the mountain for traditional rituals. In sum, they believed that their traditional God Ngai and his wife Mumbi live on the peak of the mountain. It’s an ancient extinct volcano, which rose to 6,500 m around 3.1-2.6 million years ago. In addition, it has main 3 peaks which are Lenana Point, Nelion Point, and Batian Point.

Formed about three million years ago, it is as a result of the opening of the East African rift.  Indeed, with its rugged glacier-clad summits and forested middle slopes, Mount Kenya is one of the most impressive landscapes in East Africa.

Mount Kenya is the second highest mountain on the African continent. In fact, with its peaks covered with snow and ice, it is hard to imagine that it is located on the equator. Although less known than Mount Kilimanjaro, this mountain offers a more technical and challenging climb.

Interestingly, on this third highest peak of Mount Kenya,  the views are extremely superb to the extent that when the weather is clear, the view may even extend to the Kilimanjaro. Another unique fact about Mount Kenya National Park is an ideal place to view for animals up close. In fact, from the comfort of your hotel, animals will often come very close to the accommodation since they are constructed next to the waterholes. As such, many animals come to drink water at the waterhole that is within the vicinity of many lodges in the park. Indeed, in the evening, many animals will surround the illuminated water hole at night.

The mountain has eight layers of vegetation between the bottom and the summit, including a large crown of forest. Consequently, many species are endemic or very characteristic of Mount Kenya. However, It has been covered for millennia by a large ice cap that has strongly eroded its slopes and gave it this unique relief. Today, there are a dozen small glaciers. In fact, it has 12 remnant glaciers that are receding rapidly.  Accordingly, the mountain remains an essential water catchment area for much of the country. However, despite often negative temperatures, it has had a very variable climate over millennia and centuries.