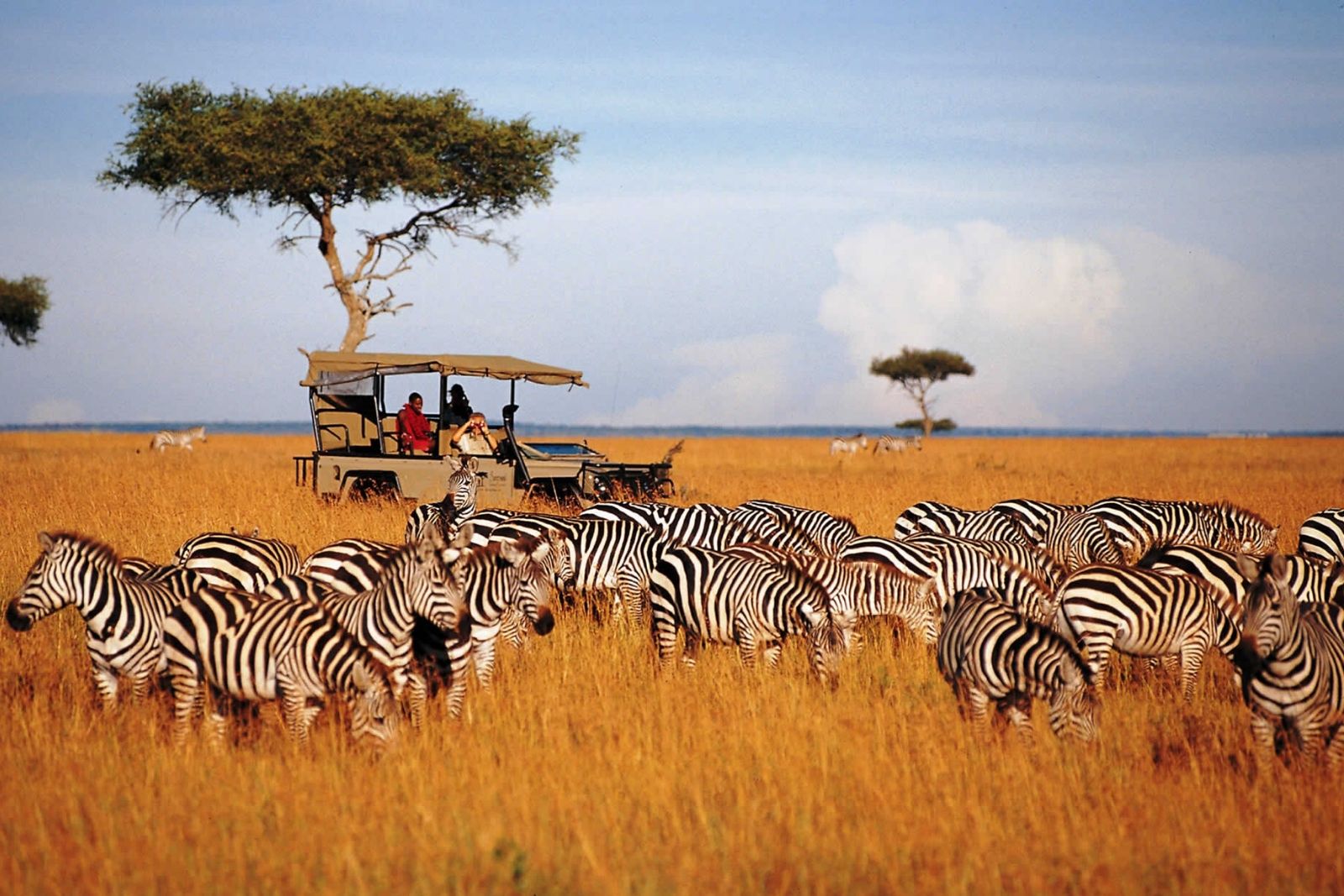 Why a Tanzania Safari?

One of the most popular tourist destinations in Africa, Tanzania is well-established as one of the best wildlife-viewing destinations in the world. Safaris follow the trail of giant herds of antelope or wildebeest across the Serengeti, while lions lounge in the shade waiting for their next meal to trot by. On the horizon looms the conical silhouette of Kilimanjaro, beckoning the strong of lung and leg, and just off the coast the beaches and Arabian-infused culture of Zanzibar offer travelers a very different Africa.

Few people forget their first encounter with the Serengeti. Perhaps it’s the view from Naabi Hill at the park’s entrance, from where the grasslands appear to stretch to the ends of the earth. Or maybe it’s a coalition of lions stalking across open plains, their manes catching the breeze. Or it could be wildebeest and zebra migrating in their millions, following the ancient rhythm of Africa’s seasons. Whatever it is, welcome to one of the greatest wildlife-watching destinations on earth.

At 14,763 sq km, the Serengeti is an epic place, and it’s renowned for its predators, especially lions, leopards and cheetahs, with plenty of elephants in residence, too. A few black rhinos around Moru Kopjes offer a chance to glimpse all of the Big Five (lion, elephant, rhino, leopard and buffalo), although the rhinos are very rarely seen. It’s also an incredible birdwatching destination, with over 500 species to spot.

Pick a superlative: amazing, incredible, breathtaking…they all apply to the stunning, ethereal blue-green vistas of the Ngorongoro Crater. But as wonderful as the views are from above, the real magic happens when you get down inside and drive among an unparalleled concentration of wildlife, including the highest density of both lions and overall predators in Africa. One of the continent’s premier attractions, this renowned natural wonder is deservedly a Unesco World Heritage Site.

Lake Manyara National Park is one of Tanzania’s smaller and most underrated parks. While it may lack the size and variety of other northern-circuit destinations (there’s pretty much one main north-south route through the park), its vegetation is diverse, ranging from savannah to marsh to evergreen forest (11 ecosystems in all) and it supports one of the highest biomass densities of large mammals in the world. The chance to see elephant families moving through the forest or Lake Manyara’s famous population of tree-climbing lions (although sighting them is becoming increasingly rare) are alone reason enough to come.

The dramatic western escarpment of the Rift Valley forms the park’s western border. To the east is the alkaline Lake Manyara, which covers one-third of the park but shrinks considerably in the dry season. During the rains, the lake hosts millions of flamingos and other birdlife.

Welcome to one of Africa’s most underrated parks. Thanks to its proximity to Serengeti National Park and Ngorongoro Crater, Tarangire National Park is usually assigned only a day visit as part of a larger northern-circuit itinerary. Yet it deserves much more, at least in the dry season (July to October). It’s a place where elephants dot the plains like cattle, and where lion roars and zebra barks fill the night.

But here the wildlife tells only half the story. Dominating the park’s 2850 sq km, Tarangire’s great stands of epic baobabs should be reason enough to visit. There are also sun-blistered termite mounds in abundance, as well as grassy savannah plains and vast swamps. And cleaving the park in two is the Tarangire River, its meandering course and (in some places) steep banks providing a dry-season lure for animals and thus much stirring wildlife encounters for visitors.